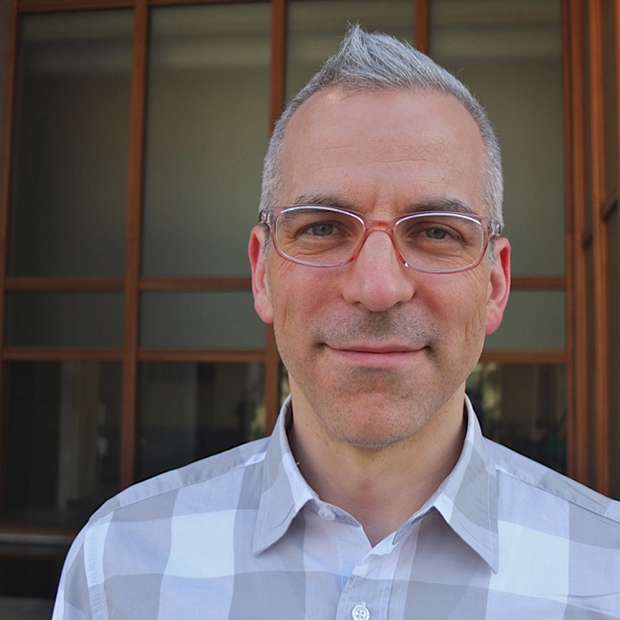 A Natural Way to Ageless Beauty

Dan Casto is a lauded Interior Designer residing in New York City.  He hails from North Carolina and attended RISD for Interior Design.  He’s the mastermind behind Restorsea’s office and he’s pretty cool too.

Restorsea: While working with Patti for the interior design of our 641 Lexington office, what were your major influences and inspirations?

Dan: 2 major things – the Restorsea brand and Patti herself.  The elements in the space are so personal to Patti – she gave many of her furniture pieces (Versace chairs in the conference room, her office, and of course the large settee in the reception area, for example).  The pieces had original materials that weren’t really suitable for an office environment – so we took some high tech fabrics in Restorsea colors and reused these pieces.  The combination of Patti’s belongings and the Restorsea branding fused together beautifully in the space.

R: What was most challenging about the Restorsea office project?

D: It had to be Sandy – we lost 2 weeks of construction because of the storm – I was stuck in Brooklyn for a week, and even got in one day to Patti’s temporary office on the Upper East Side so we wouldn’t lose any time, which turned out to be quite a trying journey.  But the largest effect was on all the vendors I depend on to get the furniture, upholstery, etc. done – several couldn’t get back to their studios to create pieces in time – I just really had to push them.  It was rough.

R: What was your favorite aspect of the Restorsea office project?

D: There was an interesting element of surprise involved; there were some of Patti’s pieces that I had never really seen – had only seen a corner of, or an old picture.  But I had the measurements, knew how it would fit in the space, so I knew where they would go.  For example, in the marketing room, we had the large bureau that I thought was green, because I’d only seen the back – we paired it with the stone table that was stored in Houston, that also looked greenish in the photos.  It turns out that neither is green, but they looked amazing and surprising together.

R: What was the craziest/weirdest project you’ve worked on?

D: Probably this one!!  My second most difficult element (but also fascinating) was the addition of Mr. Siu, the Feng Shui master.  Patti wanted him to bless the space, and have him look at our plans and discuss.  His requirements were much more difficult than I had imagined, and required a very open mind to solve these dilemmas.  For example, he wanted us to hang a very large painting of something with flowers on the glass of Patti’s office – yes, right on the glass.  My compromise – I found a sheer window treatment fabric that Patti approved of, had a single panel made of, and hung it from the channeling in the ceiling (we can’t harm the ceiling or glass of course).  It still allows for transparency and light but also satisfies Mr. Siu’s requirements.

R: What does your home look like? Minimalist? Country? Etc?

D: Well, it’s a work in progress.  It’s not very large (small apartment) so it’s difficult to discuss in grand terms.  The building is prewar, and I like the ceiling heights and charming touches that a prewar apartment affords.  But I’ve renovated it in a fairly clean, contemporary minimal way.  My furniture and accessories do carry most of the color and interest – you don’t notice your best pieces if you crowd them with too many details.  And I’m always working on some sort of art piece or project which is evolving – so it’s really not a typical designer’s buttoned-up space.

R: Who is your favorite architect and why?

D: These are tough questions – really there are so many.  But I’ll go with Marcel Breuer for now.  I love that he had great International/Bauhaus roots, but in his residential work can bring in such warm and natural elements.  I kind of dream of living in one of his stone houses one day.  And his institutional work can be elegant and quirky – he did one of my favorite buildings in New York, the Whitney Museum.

R: How did you know you wanted to be in interior design? Did you always?—or one day did it just click?

D: Let’s say I should have known but at the same time I had no idea.  I would paint my own room as a kid (my favorite color was grey at one point), and loved to build furniture with my father.  I would always draw skyscrapers in doodles because I loved buildings (I didn’t have enough of them growing up in the country).  My most pleasurable thing to do during my first few years in New York was look at furniture at the Chelsea flea market – I just loved furniture.  So I really should have known.  I did then attend Parsons at night and studied interior design.  But I didn’t even know until I was further along in the program just how much I liked it.  So it was a very slow click.

R: What’s a fun fact about yourself that your clients would be surprised to find out about you?

D: I was in an improv comedy group for a number of years.  Maybe that’s not surprising!