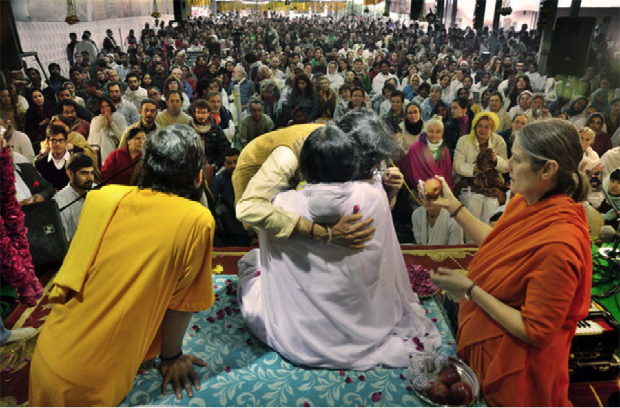 Healthy living depends on the tangible (such as using all-natural products, or keeping up with your fitness), but also the intangible, meaning mental and spiritual health.

I first heard about Amma, the 60-year old Hindu spiritual healer better known as ‘The Mother,’ from my best friend and Amma-supporter Kelly Cutrone. Widely described as the “the hugging saint,” Amma has spent the better part of her life preaching humanitarian practices, hugging her millions of followers and healing as much evil in the world that she possibly could. Last year in fact a New York Times profile credited the woman to performing miracles.

When it comes to my own personal problem solving, I usually defer to logic or my mother (whichever is available first), I have come to respect Amma, her hugging empire and all the work that she has done to try to improve the human condition.